Asian art refers to the range of different countries that make up Asia. This includes: China, Japan, Korea, Indonesia, Thailand, India, Cambodia, Vietnam, the Philippines, Israel, Afghanistan, and many others. All of these cultures influence each other and there is no true separation of art belonging to each country. These countries or cultures are collectively known as Eastern culture or the East. We here in Australia are a part of the West or Western culture.
Eastern culture has stemmed from a different history to Western culture, although the two intertwine and cross over.  There are differences, such as in art and philosophy, but there are also many similarities. In current times these similarities are growing as the East have been adopting many Western practices. This is largely due to globalisation. 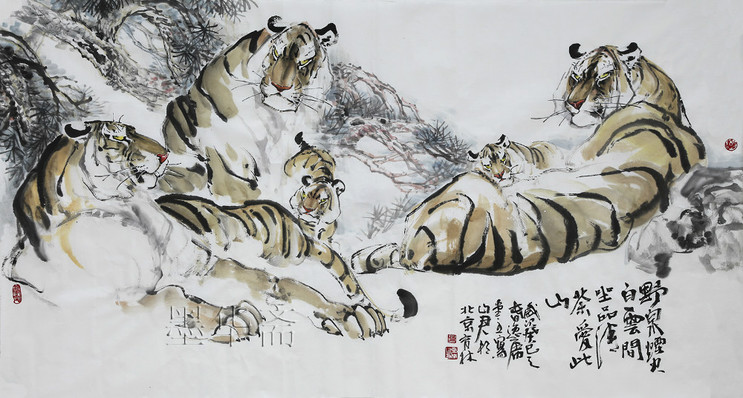 Ink painting on paper
Ancient China was one of the oldest and longest lasting civilizations in the history of the world. The history of Ancient China can be traced back over 4,000 years. Ancient Chinese art is renowned (but not limited to) for their porcelain and ink painting.  Located on the eastern part of the continent of Asia, today China is the largest country in the world.

Most of the Asian countries have stemmed from Ancient China. Creating strong ties and similarities in their art.

As mentioned above, Japanese art has strong ties with Chinese art. They also create ink paintings. One method is called sumi-e. With this technique every brushstroke is important. Great care and concentration is needed to create these paintings. Discipline was a way of life for Japanese people. They believed in honour
Printmaking was also popular. One of the most famous artists of Japan is Hokusai. 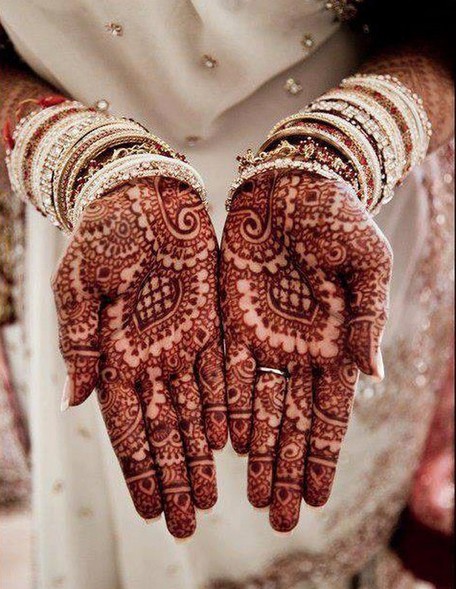 Mehndi designs applied to the hands
Mehndi, otherwise known as 'henna,' is a plant based dye that is applied to skin to create a temporary 'tattoo.' The leaves of the henna plant were dried, crushed and added to oil before applying to the skin. This technique was often used for events such as weddings, religious events and traditional ceremonies. Traditional designs contained meaning and symbols. Henna has been used as a cosmetic for the past 5,000 years.
Asian cultures use a variety of patterns. The 'paisley' pattern originated in India and Persia. Paisley is actually a Scottish term which we use to describe the pattern in the West. It refers to the tear drop shape shown above, also known as the boteh or buta. These designs were traditionally printed  with wooden stamps onto fabric. In current times most of these patterns are mass manufactured, however there are still some who use traditional methods. 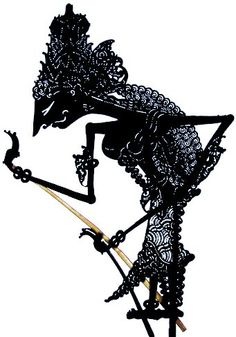 Indonesian shadow puppets
In Indonesia shadow puppetry is called 'wayang kulit.' This was a practice used to pass down their history, religion and stories. Often these stories had a life message to be learnt.

Thai art as well as other Asian cultures depicts Buddhist iconography. Buddhism is a philosophy and religion that has been practiced in Asia since the 5th century BCE. The ultimate goal of those who believe in Buddhism is to achieve enlightenment. The teaching of Siddhartha Gautama that life is permeated with suffering caused by desire,that suffering ceases when desire ceases, and that enlightenment obtained through rightconduct, wisdom, and meditation releases one from desire, suffering, and rebirth. In Buddhist religion, they believe that life is a cycle and how you act in life will depend how you are reborn, whether you are reborn as an insect, or any species of animal.
Keywords:

For this task you will be creating plaster cast hand sculptures. This task looks at three dimensional form and Asian culture. You will be introduced to different cultures within Asia. This task is usually done at the end of the unit so that you can practise all the art elements and techniques used so far. A restricted colour scheme is encouraged for a unified and simplified approach. Composition is also considered and how you use the space of the hand.