Aboriginal art has developed from a 50,000 year old culture. The first pieces of art were created with natural materials straight from the land. They would use rocks, caves and bark as their canvas. Then they would grind up natural materials and minerals such as ochre, charcoal and ash to paint these surfaces. Sometimes they would paint these on their skin as a part of a ceremony.
They also made sculptural artworks. These could be made from wood or woven from native grasses. Often these items were of a practical nature such as baskets or eel traps. However in modern times this technique has been used for pure sculpture.
Communication is important, language is our first way generally to communicate. Watch the video above to learn a Kaurna greeting. As an Australian, Aboriginal culture is important whether you are Aboriginal or non-Aboriginal. Aboriginal culture is a part of our history as Australians. Today, there are around 120 different language groups within Aboriginal culture, this has reduced down from 250 languages before major contact with Europeans. Kaurna is the language group of the Adelaide area.
The Task:
This task introduces you to a variety of art techniques Aboriginal and Torres Straight Islander people traditionally use. You will need to apply these Aboriginal art techniques to an Australian animal of your choice. Try to use problem solving and creativity in the creation of your animal designs. Certain features of an animal can lend themselves to certain techniques. The focus of this task is about broadening perceptions about Aboriginal art,  as well as using a colour scheme and basic art elements. 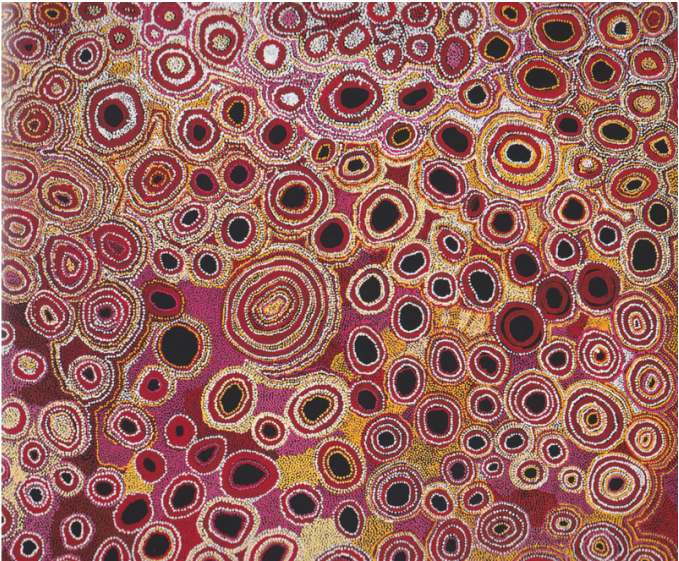 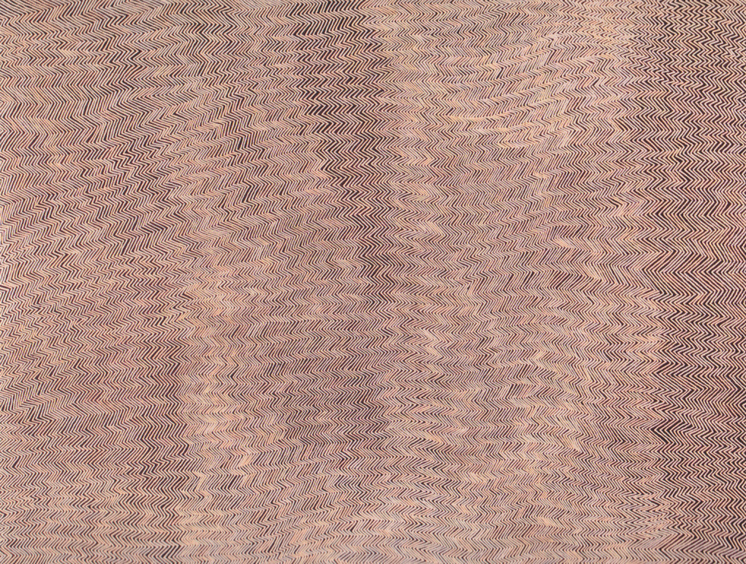 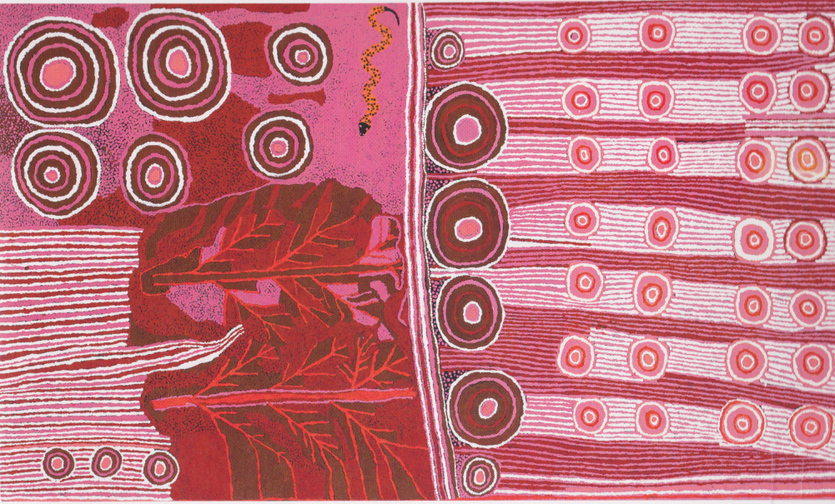 Aboriginal artworks are often telling a story.
Their history is often passed down through art, story telling, dances and songs. Sometimes the story tells us about the Dreamtime. The Dreamtime tells of the beginning of the world and Australia. Of ancient beings who once walked this land and shaped the earth.
Sometimes the artworks are maps showing important landmarks and clues for survival.
Other artworks show individual stories. Each person in Aboriginal culture had a totem. It could be an animal such as the honey ant or a plant, like the yam. It was their responsibility to look after their totem to keep it healthy and in balance within that ecosystem.

The symbols were used to help tell a story. 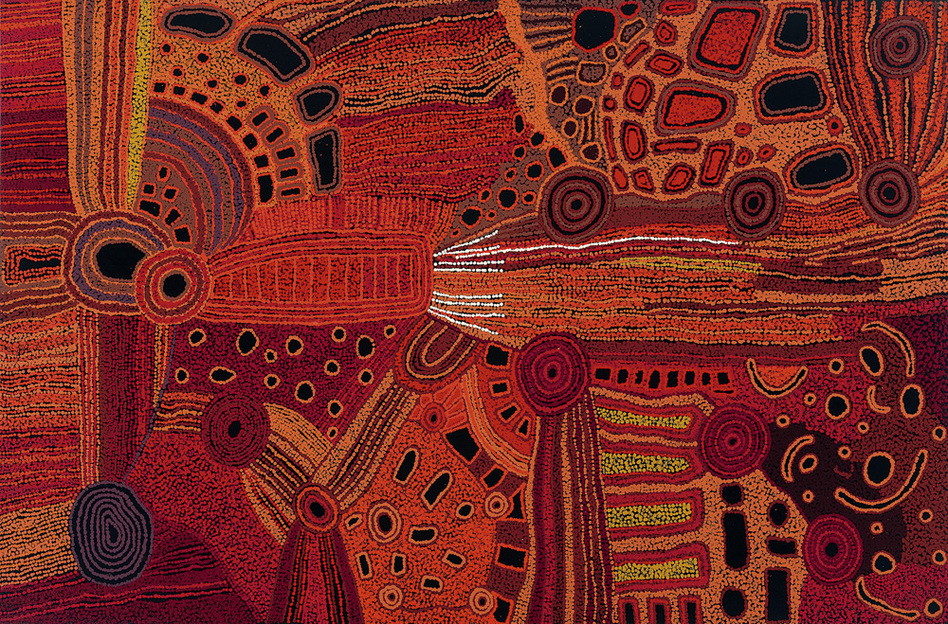 Tjungkara Ken, Ngayuku ngura – My country
Dot painting is the most commonly known Aboriginal art technique. This is often used by the Central Desert people.
As mentioned above, the artworks often tell a story. This story is often only allowed to be understood by those who are initiated in Aboriginal culture. Dots can be used to make an artwork, but they can also help to hide the meaning within the artwork to those who shouldn't know about that story. 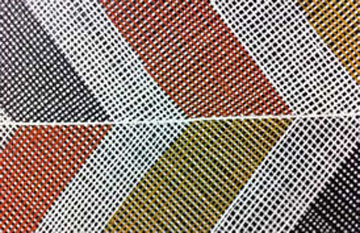 Rarrk is a technique often used by artists in the Northern parts of Australia such as Arnhem Land.
It is similar to cross hatching where the lines cross over one another, similar to woven fabric. The lines travelling in one direction are often a different colour to the lines crossing over them.

This technique shows the internal organs and skeletal system of the animal. For example, the spine, bones, heart, lungs, stomach and intestines. This helps to show their connection and understanding of the land.
Keywords: 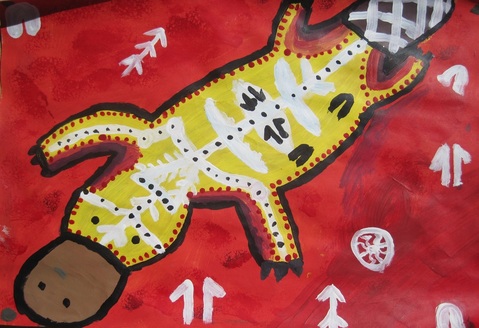